Pick up physical copies below, or at Indie Press Revolution and Exalted Funeral.

KILLER RATINGS is a one-shot, zero-prep, rules-light tabletop roleplaying game for 3 to 5 players and a Director. The players are the cast and crew of a terrible paranormal investigation show on the verge of cancellation. The good news is you’ve secured the rights to film the season finale in “the most haunted location in America.” The bad news is the place is actually really haunted, and you may well be completely boned.

As loud, campy reality TV stars, your gift for melodrama will be all you need to wake the dead – and may well be your key to survival once the haunting goes sideways. If it doesn’t get you killed first.

In short, you play some of the worst people on earth as they blithely walk into one of the worst places on earth, and most of you won't survive. But however it shakes out, it should make for great TV.

What You'll Need to Play

3-5 players and a Director, a few d6's apiece, and some notecards or the text tool in your VTT of choice. You'll need a handful of d20s and d10s up front to generate your show's name and aspects of the Haunt, but after that d6's will see you through.

KILLER RATINGS proceeds in three Acts and a Finale. In Acts I and II, the Crew will navigate the Haunt with the Director prodding them along, working together to create the atmosphere and backstory of the place -- as well as what is known and rumored about the Ghost.

More than that, the Crew will preen, fight, flatter, cajole and hog the spotlight; generally speaking, the worse the behavior the better, and the more likely to anger the ghost to action.

In Act III, after definitive proof of the Ghost has been caught on camera, the Crew will create one final provocation: a summoning ritual, a grand  insult, or some other suitably theatrical way to bring the Ghost into this world...  so it can drag some of the Crew kicking and screaming back to the other side.

In the Finale, the Crew will attempt to escape back through the Haunt they've created as the Ghost hunts them. All those ghastly Features of the Haunt will come to life and work against them, and as the Ghost picks its targets, the Crew can decide to take the hit -- or throw someone else under the bus.

After all, you're not here to make friends. 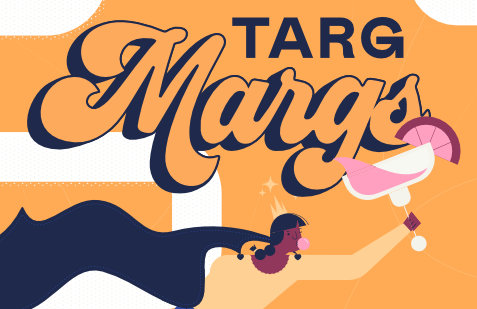 TARGMARGS: The  Game About Being Drunk In Target

TARGMARGS is the official  hack for KILLER RATINGS, funded by the generous backers at Indiegogo. Rather than playing reality TV ghost hunters investigating a Haunt for signs  of a Ghost, you are tipsy friends wandering a superstore late at night. Instead of Provoking the Ghost into hunting you, you're causing Shenanigans until Security is alerted.

In the meantime you might engage in shopping cart destruction derbies, take to the PA for some light yodeling, or build a fort out of merchandise. But when the time comes to flee, you'd better boot and rally -- or Security might confiscate all your cool stuff.

Check out my interview about Killer Ratings and TargMargs on EN Live's Not DnD show!

Watch me run an Actual Play on Plus One EXP!

Listen to the two-part Actual Play on Roll Plus Heart!

In order to download this game you must purchase it at or above the minimum price of $10 USD. You will get access to the following files:

Support this game at or above a special price point to receive something exclusive.

At this level, you'll receive the 32-page full color FLIP BOOK(!) print edition of Killer Ratings and TargMargs, in addition to the PDF. It flips! It's neat!

This reward only applies to U.S. addresses. Please do not forget to enter your address so you can receive your copy in a timely manner!

I'm not sure if you meant to, but you have this listed as a book, so it doesn't show up if you are doing a search for physical games, where most of the ttrpg stuff is

That's a good note -- I'm never quite sure where to list this stuff. I'll update! Thank you! 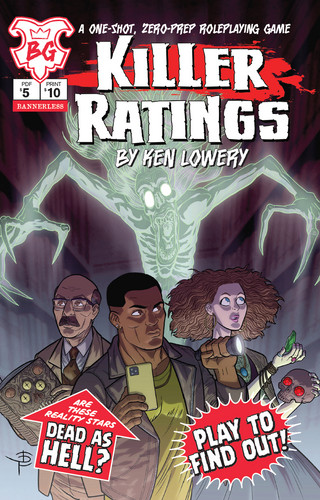 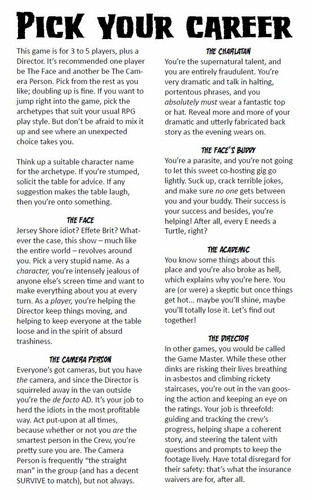 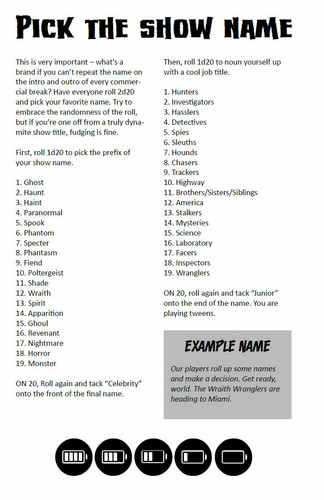 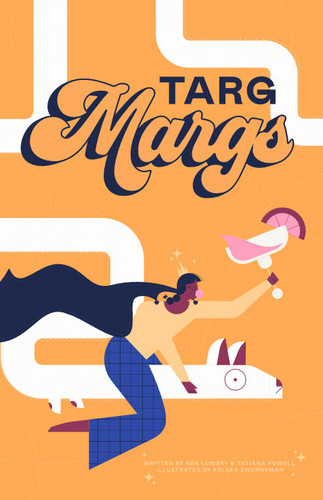 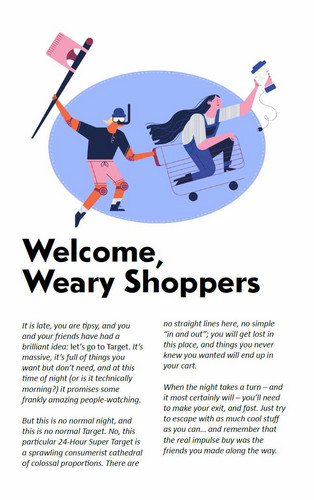 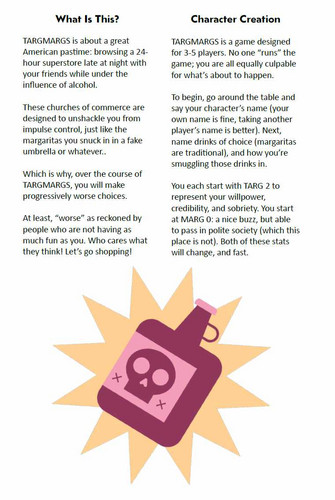